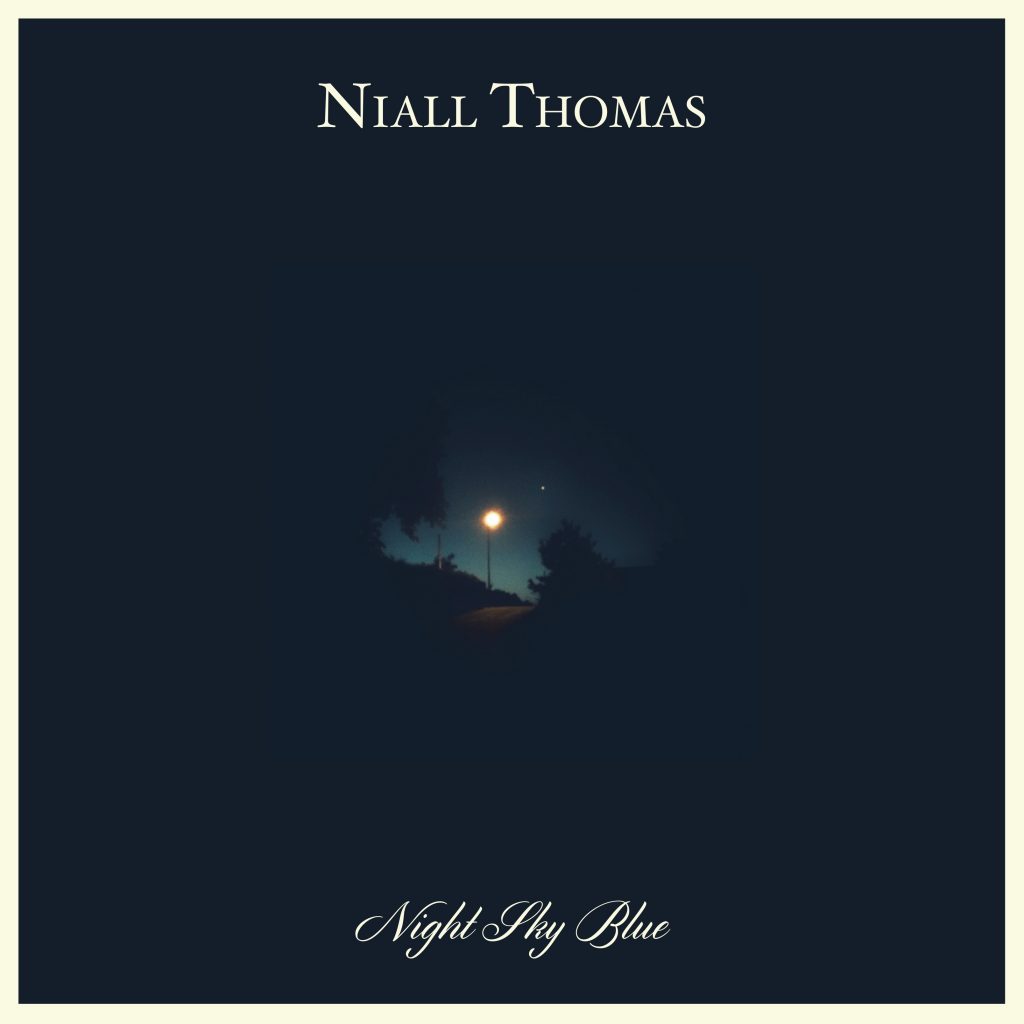 Niall Thomas is a Dublin based Musician and Songwriter who released his second studio album Night Sky Blue in April 2018 receiving a glowing  ٭٭٭٭  from The Irish Times with comparisons being drawn to the late great John Martyn and Nick Drake. Renowned for his intricate guitar playing and his mellifluous voice Niall has spent the time during the pandemic writing and honing two new collections of songs for his next two albums. Niall will be announcing some very special intimate new shows lined up for August in the coming week.

“Night Sky Blue is a heart-warming selection of tender songs about daily life, human resilience and love and loss in Dublin’s north inner city…….very pleasing shades of Nick Drake and John Martyn…. a moving paean to Dublin’s fair city, and life itself.”

“The songs demonstrate that  is a man who has a keen eye on the human condition…as these are  pieces of work displaying real depth and feeling……like many proper albums as opposed to collections of songs, this is one that takes a time to get to know and grows on the listener after a few plays. Very much in the style of Nick Drake, this will definitely be one for you if that is your thing.”

“With an engaging vocal style, his songs are in the main melancholic and moving, with more shade than light; a fine sounding record”

“haunting ruminations on fate and possibility…. a cut above”
Americana Uk

“vocals that have you hanging on every word…fantastic musicianship”
Goldenplec